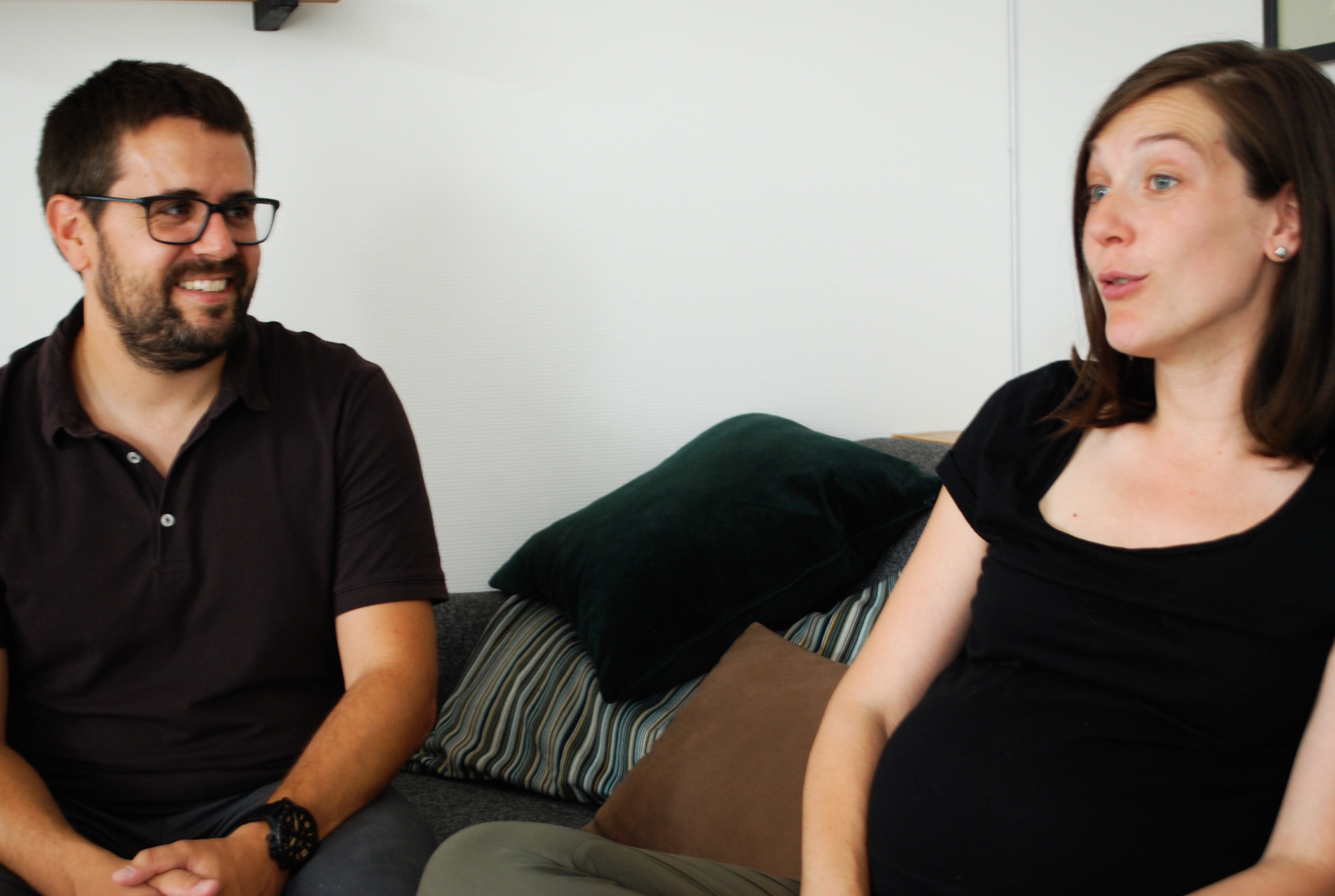 A question of when

As time goes by it is getting more and more difficult to make the decision of moving back home, tells the Spanish couple Oleguer and Laia

It was a cocktail of coincidence, a Ph.D. and the financial crisis, which brought Oleguer and Laia from Spain to Denmark. Since 2012 the couple has lived in Aarhus and since then two kids came along and a very amorous cat.

Oleguer and Laia are certain that they want to move back to Barcelona and closer to their families.

– We miss our family a lot, says Oleguer and adds, that the family ties in Spain are much stronger than in Denmark, and they used to visit family memberd frequently. Another thing is that Oleguer and Laia, want their kids to know the Catalan culture from within – but the question of when to move back is a hard one to break.

– Life in Denmark is easier compared to Barcelona, says Laia, and explains that the wages in Denmark are higher than in Spain – and that you work less hours.

Easier to move out

But it’s not the wage or the work time, which makes it hard to move back to Spain. It’s the fact, that they’ve been settling down and put down roots. Two years turned in to three years and so forth. Perhaps their terraced house in Aarhus even has become “home”.

Actually it was much easier to move out. The economic crisis came and change their options.

– In 2012 I was supposed to do my Ph.D. at the Canary Islands but because of the economic crisis it was impossible to get the funding, says Laia, who is a marine biologist and study whales.

Laia’s tutor had some network at Aarhus University, and Laia and her partner therefore ended up here.

Since Denmark is not a place where whales often hang around –except from the dolphin-like porpoise, you might think Denmark is an odd place to study whales. According to Laia there is a well-founded scientific group which travels a lot to the places where whales often are spotted. It’s a group with a lot of international scientists which leads to another of Laia and Oleguer points:

– In my opinion one of the most difficult things about moving to Denmark is to integrate into the Danish society. It’s not helping that we don’t speak Danish very well, so I think it is important to learn Danish.

It is not only the language that has been a challenge.

– I think that the main thing is, that you realize that suddenly things are different than they are in your home country. Suddenly you need to learn all the new ways of behaving. That can be hard sometimes, says Laia.

Therefore getting new Danish friends haven’t been the easiest thing in the world. What is left is the question about when it is the right time to move back to Barcelona or perhaps the couple is better off staying where they are.